Spotlight on One of the Most Diverse Cities in the U.S. : Phoenix, Arizona 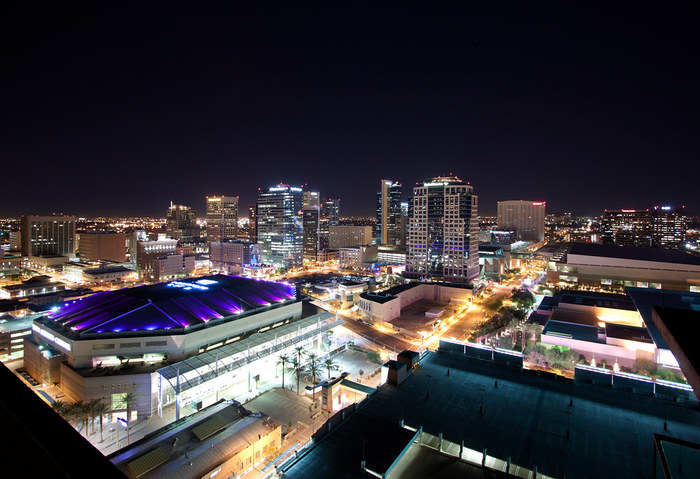 Considering a move in the near future? This month we are featuring the sunny city of Phoenix Arizona.

Phoenix is not only the capital of Arizona, but it’s also the largest city and largest metropolitan area in Arizona.  It is located in central Arizona, in the southwestern United States. It is 20 minutes west of Tempe, and 20 minutes southwest of Scottsdale.

Phoenix is a bustling city in the middle of the desert that continues to grow at an increasing rate allowing many young and retiring families to relocate from all over the country. The city is also known for its high-end spa resorts, Jack Nicklaus-designed golf courses and vibrant nightclubs.

How do young and older couples decide if relocating to Phoenix, Arizona is right for them? What should they focus on when doing their research? To help you with your research, here are a few highlights on what Phoenix has to offer.

Phoenix is considered one of the most diverse cities in the United States, ranking number 57 on the “Most Culturally Diverse Cities in the U.S.”  https://wallethub.com/edu/cities-with-the-most-and-least-ethno-racial-and-linguistic-diversity/10264/

The Phoenix Metropolitan Areas comprises of several dozen cities providing you with home purchase and rental options.  Some cities might be familiar to you including :

Cost of living in Arizona

Bestplaces.net also points out that on average, the median household income of a Phoenix resident is $46,881 per year. However, the job field and experience will always play a big factor when determining a job seeker’s salary.

Phoenix is home to more than five Fortune 1000 company headquarters, including well-recognized names such as Avnet, Phelps, Dodge, and PetSmart. Also the nearby city of Tempe is home to US Airways.

While major employment sectors in Arizona include aerospace, electronics and semi conductor manufacturing there are other important sectors such as tourism, business services and back-office operations.

When applying for a new job, keep in mind the importance of matching your resume to the job’s requirements.  Check out the resume scan tool at EmployDiversity.com and see how your resume stacks up against a particular job description. https://employdiversity.com/resume-and-job-description-comparison-tool/

Phoenix and the surrounding areas have amazing shopping malls with entertainment areas for children, lounges for shoppers, superb restaurants and more. Some of the best shopping malls include:

List of Outdoor Places to Visit and Avoid the Heat:

Water wheel fall - Home to a 40-foot tiered waterfall and surrounded by a wide range of swimming holes. It also provides great areas for hiking, picnicking and camping.

Rattlesnake Cove - Considered one of the most beautiful places to swim in Arizona, It provides a gentle slope that allows swimmers of all abilities to enjoy the cove.

Oasis Water Park at the Arizona Grand Resort - Voted into the Top 10 water parks by Travel Channel. You do have to be a guest of the resort to play here, but the eight-story tall tower and three waterslides make it an excellent place to play in the hot summer months.

Wet 'n' Wild Phoenix - It is a 25-acre water park with thrill slides, a lazy river, a family raft ride, toddler pool and, of course, the wave pool.

The Lower Salt River - Tubing is a great summer pastime in Arizona and this river offers exceptional tubing conditions. You can enjoy an all-day tubing adventure for just $15.

Lake Mead National Recreation Area - It sits on the border of Arizona and Nevada. Water skiing, boating, swimming and even houseboat renting are all popular at this location.

Tempe Beach Park - Has a fun and splashy playground. Children can wade through a miniature ocean and ride on toy whales as they play in this free Tempe attraction.

Finding a Home to Rent or Own

It is always recommended for recently relocated families to rent at first so they familiarize themselves with the area and its surroundings.

Because of the heat and long distances between home, work and schools, remember to factor this in when considering where you want to live to avoid long commutes and traffic congestion.

You will find a great variety of home styles in Phoenix such as single-family residences, condominiums and townhomes. According to Zillow.com, the median home value in Phoenix is $269,175 and it continues to steadily increase every year.

Maricopa County has almost 1000 schools in various school districts. Public schools in Phoenix Arizona have earned strong reputations for both academic and extracurricular programs. With 58 school districts in three metropolitan Phoenix counties, there are plenty of educational options for families with children relocating to Phoenix.