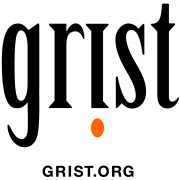 Grist is an independent nonprofit media organization that shapes the country’s environmental conversations, making green second nature for our monthly audience of 2,000,000 and growing. We reach the next generation by cutting through the noise to connect big issues like climate change to daily life, and by spotlighting the people and ideas leading us to a more sustainable future. (Also by posting the occasional baby animal video.) Founded in 1999 and headquartered in Seattle, Grist has been featured by media including The New York Times, The Washington Post, NBC’s Today show, and Time, and has won many prestigious awards for its pioneering media work.

Email me jobs from Grist