Abuse and Sexual Harassment in Sports: The Lid Blows Off 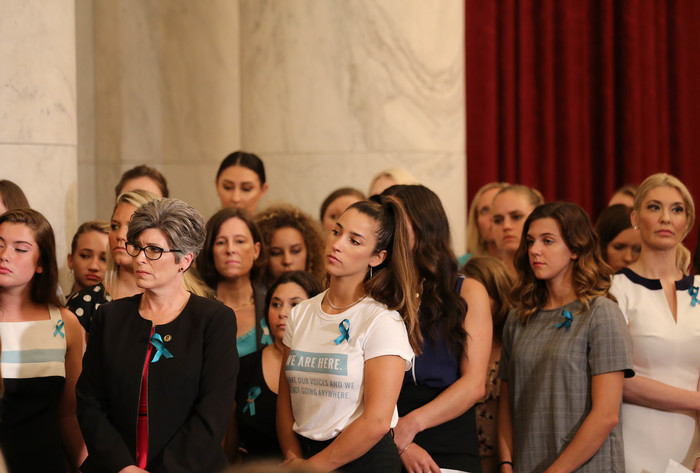 Sports history may judge 2021 as the year the lid of lies came off the issue of verbal abuse and sexual harassment in sports. High-profile accusations from the likes of Simone Biles and Megan Rapinoe have come to the fore and topped national and international headlines for weeks at a time.  Biles is a four-time Olympic gold medalist and five-time world champion. Rapinoe is an American professional soccer player who plays as a winger and captains OL Reign of the National Women's Soccer League, as well as a leader of the United States national team. Rapinoe won gold with the national team at the 2012 London Summer Olympics and 2015 FIFA Women's World Cup, among other titles.

Nassar pleaded guilty in 2017 to federal child pornography offenses and sexual abuse charges in Michigan. He is now serving decades in prison after hundreds of girls and women said he sexually abused them.

At least 40 girls and women said they were molested after the FBI had been made aware of allegations against Nassar in 2015. The FBI, however, stands accused of having fumbled the investigation, allowing Nassar's abuse to continue. Maroney said the FBI “minimized and disregarded” her and the other gymnasts as they delayed the probe.

Rapinoe was addressing the institutions and leadership that had been colluding to support the likes of the former manager of the Washington Spirit, Richie Burke. Burke resigned from the team because of the “torrent of threats, criticism and personal insults” on his players, according to The Washington Post.

In August 2021, Christy Holly, the Racing Louisville coach, was fired because of accusations about the abusive environment he had fostered.

The Seattle area’s OL Reign let go of its former coach Farid Benstiti, because of his abusive behavior.

Players walked out of games in unison during the first weekend of October 2021.

But the incidents of abuse and harassment against women in sports is not just isolated to the United States. Also in October of the same year, Deyna Castellanos of Atletico Madrid, along with 23 other players in the Venezuelan women's national team, signed a letter detailing abuse and sexual misconduct from a former head coach. Also, two Australian soccer stars came forward with allegations about a toxic women's sports culture in their native country .

Why does it continue to happen?

Ultimately, the most effective tool of change of abusive behavior is mobilization. Women who believe they have been physically or verbally abused by power need to communicate with one another within organizations.

Often, the abused believe they are the only ones to be suffering from behavior of authority. In truth, the individual is but one target in a pattern of abuse.

Then, mobilized, the abused need to take their experiences into the light of day — to the press, to social media, to law enforcement, to local politicians. All in concert to speak truth to those who would abuse the trust with which they 've been invested.

William R. Dodson is a contributing editor at EmployDiversityNetwork.com. His latest book is Virtually International: How Remote Teams Can Harness the Energy, Talent, and Insights of Diverse Cultures (Emerald Publishing Group, September 2021). You can contact him at wim@virtuallyinternational.com.