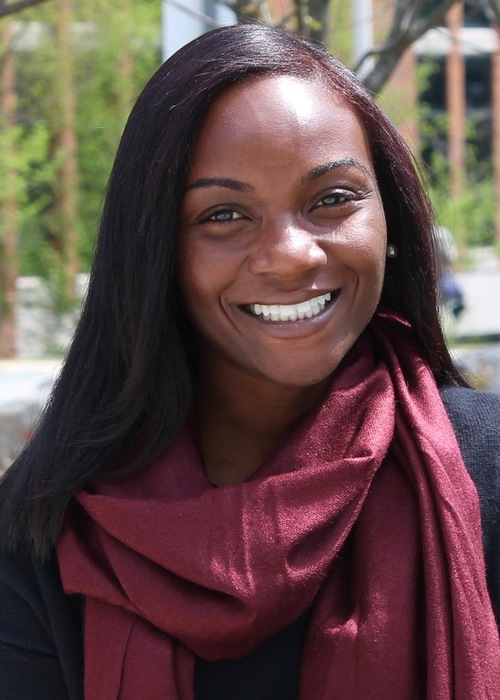 These are special times. Women are making inroads into business, sports, politics, computer science, medicine, and more. At this rate, the 21st-century in the United States is shaping up to be radically different politically, economically, and militarily than previous centuries.

Here are just some of the women shaping "her-story."

In 2020, Sgt. JoAnne S. Bass became the first woman and the first Asian-American to hold the rank of Chief Master Sergeant in the U.S. Air Force. The rank is the highest enlisted leadership rank in the organization. She oversees 600,000 Airmen.

Dr. Kizzmekia “Kizzy” Corbett has literally saved millions of lives. And she's only 35-years old. She leads a team of scientists at the national Vaccine Research Center. She led the effort in 2020 to develop the Moderna mRNA Covid-19 vaccine.

Kamala Devi Harris is the first female vice president and the highest-ranking female official in U.S. history. She is also the first African-American and first Asian-American to serve in the role. Prior to becoming the Vice President, she was the Attorney General of the State of California.

Timnit Gebru is a PhD holder in the field of Artificial Intelligence ethics. She was fired from Google in December, 2020. She had written a paper critical Google's AI-ethics vulnerabilities. She has founded an online group called Black in AI to counter the extraordinary lack of diversity in AI research throughout the world.

Margaret Mitchell, PhD is also an acknowledged expert in the field of AI ethics. She was the co-leader of a group investigating ethics in AI and boss of Timnit Gebru.  She was fired in Feb 2021 for her support of Gebru and promotion of Gebru's findings.

Cathy O'Neil is author of the award-winning book Weapons of Math Destruction.  In 2019, she established a foundation to change policy in Washington, D.C. about how AI is used and protected by private makers. She makes it clear in her book that AI is being developed by private companies with incomplete data sets (ie, they are overwhelmingly made up of records of white males). They are also "black boxes," so no one knows how the AI makes their decisions vis a vis facial recognition, judicial judgements, job interviews, etc.

Caroline Criado-Perez writes in her brilliant book, Invisible Women: Data Bias in a World Designed for Men, lays out in impressive detail the many ways that human beings are presumed to be male, as well as the wide-reaching effects of this distorted view of humanity.

Meghan Markle, former Duchess of Sussex (U.K.) is the wife of Prince Andrew (former). She and her husband quit the royal family franchise in 2019. In March 2021, she revealed an unflattering portrayal of the British monarchy. The interview with media mogul Oprah Winfrey has caused British society to publically review its history of colonialism, its relationship with the royal family, and its treatment of people of color in the country.

Oprah Winfrey is a talk-television hostess and star, and film actress. She owns a media conglomerate and is worth several hundreds of millions of dollars. She is probably the best-known interviewer in the world. She facilitated Meghan Markel's revelation about Markle's travails with the royal family.

In December 2020, the players of the U.S. women's national team and the U.S. Soccer Federation settled their long-running lawsuit over inequitable working conditions. The Team filed a lawsuit that their working conditions were inadequate compared with the men's team. Their dispute with the Federation over unequal pay has yet to be resolved. (Dec 2020)

These are only a few of the women disrupting common social assumptions and the way things have been done in the United States. Look forward to further contributions and new ways of solving some of the world's problems over the decade.